The bus is so packed, at first I don’t see the empty seat halfway to the back. I settle in next to a waifish teenager who reminds me of Shelley Duvall in the Shining. Despite the 90-degree weather, fellow passengers are dressed for a San Francisco summer: hoodies, pants, hats and gloves. A pair of conical hats fit snugly between their shelf and the ceiling above. Then the screaming starts. Piercing, rapid-fire screaming. She’s either the mother hen of the bus or insane. Yelling at passengers, at the driver, and out the window, she shrieks her stuccato syllables with shrill, flat vowels.

After an hour or two, the screaming subsides and she calms down to take this phone call. Her hindquarters span the entire distance of the bus aisle, so when she walks past, her roomy rump assaults people on both sides. The wind charges though the windows in chaotic blasts. Every few minutes, busses lay on their horns as they pass. Some guy struggles with a lighter.

From somewhere behind me, teeth are sucked loudly at exactly 6-second intervals. My lower back starts ache, so I sit away from the back of the seat for a few minutes. An older man repeatedly squeezes an empty plastic water bottle as if it were a rubber stress ball. The woman next to him seems to not notice the loud crackling of the plastic just inches from her ear. Maybe she’s deaf. The person in the seat behind me is aggressively popping his gum by mashing the air bubbles between the roof of his mouth and his tongue.

Three hours of this. 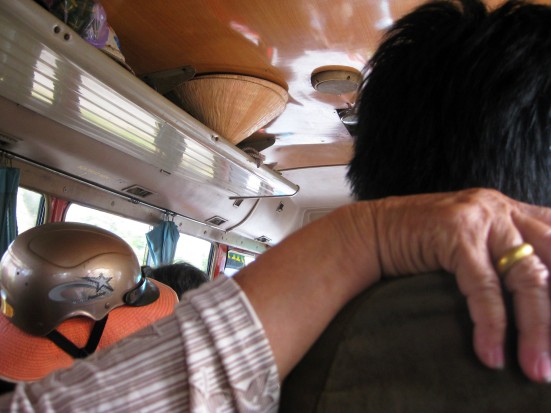 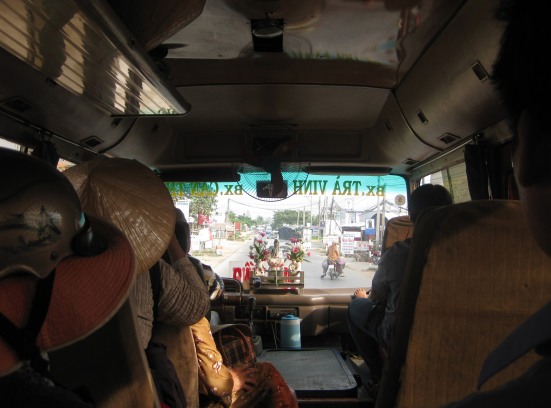 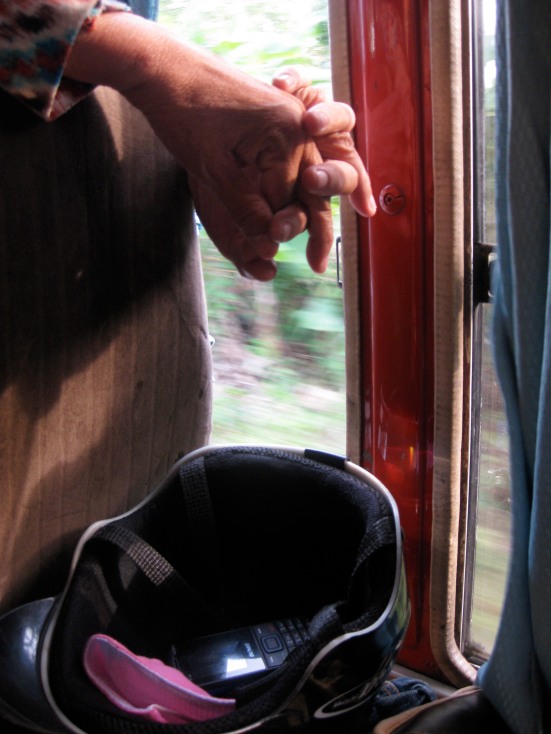 3 thoughts on “The bus from CanTho to TraVinh (audio!)”