Wakey-wakey! I’d gone to sleep with the worst headache I may have had ever. I should have drunk more water yesterday – a lot more. I woke a little before 5am to grab some breakfast, pack up and be downstairs at 5:30 for my departure to Machu Picchu (5 hours away by bus-train-bus): 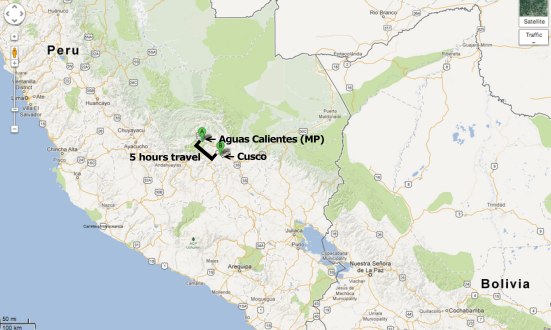 The itinerary for today reads: Transfer from your Cusco hotel to the bus, then the Vistadome Train. You will arrive to the AguasCalientes Station in Machu-Picchu where you will be transported by bus to the top of the mountain and citadel of Machu-Picchu, one of the most renowned examples of Inca architecture, surrounded by lush cloud forest. Lost in history, it was not discovered until 1911 by the American explorer Hiram Bingham. After a guided visit of the ruins, you will have lunch at Sanctuary Lodge. Dinner included.

Breakfast was gross. The orange juice tasted more like lemon juice. The coffee was instant and the bread was untoasted and dry. I ate it anyway; who knew when there’d be food today. I thought about taking the 2nd bread for later, but left it. G’bye Christo Blanco Hostel! You sufficed.

Willy Goyzueta! Two-hour bus from Cusco to Panchar. Then 2 hours on the PeruRail Vistadome Train through the scenic Sacred Valley to Agua Calientes. This was a nice train with decent breakfast. I sat across from two Brazilian ladies who spoke neither Spanish nor English and next to a Eric, a Brazilian traveling alone who spoke decent Spanish. We chatted about Asia, his trip here in Peru and the merits of traveling alone. I got him to laugh with a silly joke: I asked him, “¿Conosces Willy Goyzueta?” He looked puzzled, shaking his head no. I became more adamant, “Willy Goyzueta! Willy Goyzueta!” as if the name was the most obvious thing in the world. “No conosco!” he insisted. Then I showed him the picture I’d taken a few minutes before – the 3rd one here:

The scenic Vistadome Train from Poroy to Cusco.

Breakfast on board the Vistadome Train.

Sacred Valley scenery out the window of the Vistadome Train.

Eric from Brazil speaks no English, but just enough Spanish. 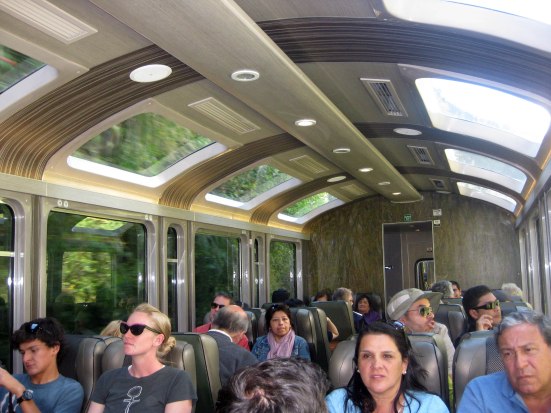 Vistadome Train from Poroy to Cusco. 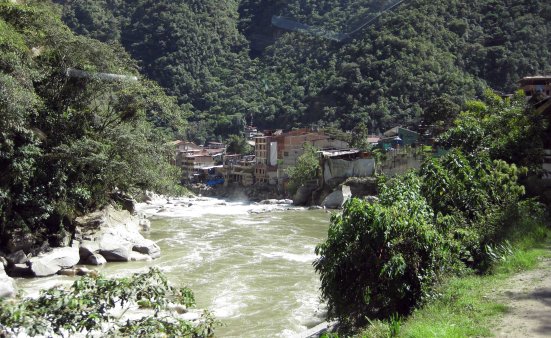 Approaching Aguas Calientes at the base of Machu Picchu.

We got to Aguas Calientes where a Condor Travel tour guide was waiting for me and 2 others; an older couple from England, Elizabeth and Mike. The half-hour bus ride wove side-to-side up the mountain, where our tour started straight away. I’ll let the photos tell the rest. (Don’t you love the llamas?!)

My German seatmate snapped pics as we zig-zagged up to Machu Picchu. 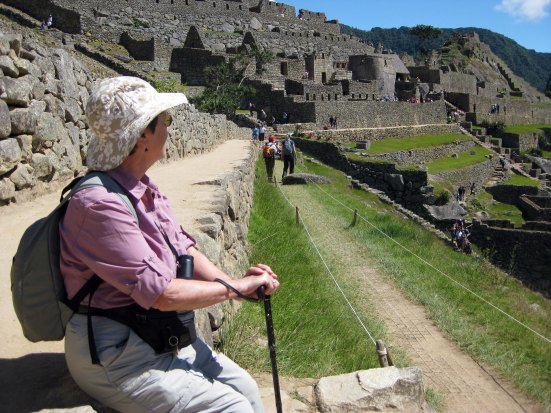 Elizabeth from England, not far from Stonehenge. 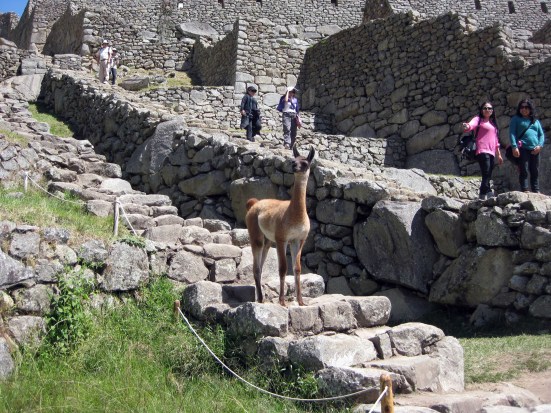 Another shot of the Incan ruins with Wayna Picchu in the background. 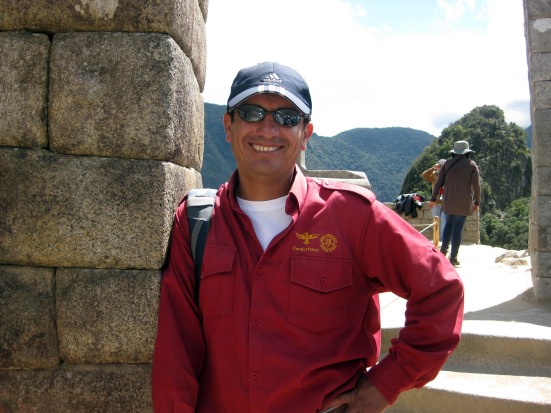 Visitors crawling all over these ruins! 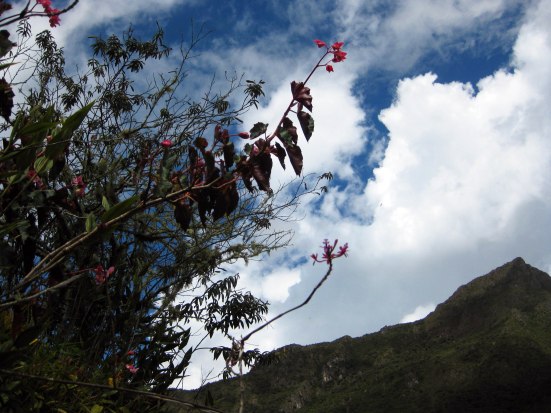 Orchid above. Begonia below.

Along a wall at Machu Picchu 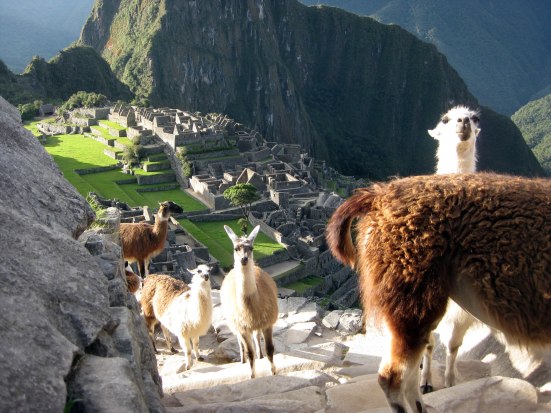 A flock of determined llama ascend the centuries-old staircase.

A llama I’ve named Brutus gazes at the ruins in the waning sunlight. 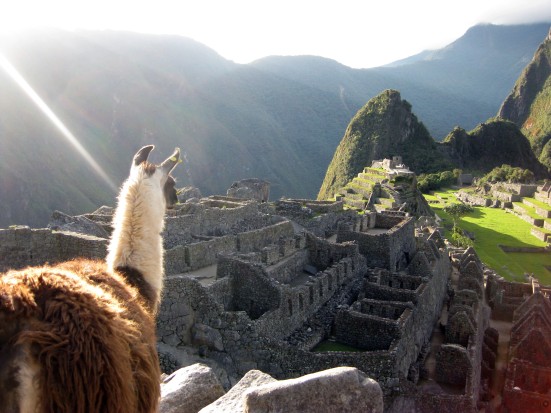