..or maybe he meant “Bi”, short for “Wibi”, but that sounds different than “B”. He was my seatmate – 25 years old, Indonesian – on the 4-hour flight from Hong Kong.

After I interviewed him, he moved to the window seat and let me lie down on the middle & aisle seats to sleep. (I’m just barely small enough.) 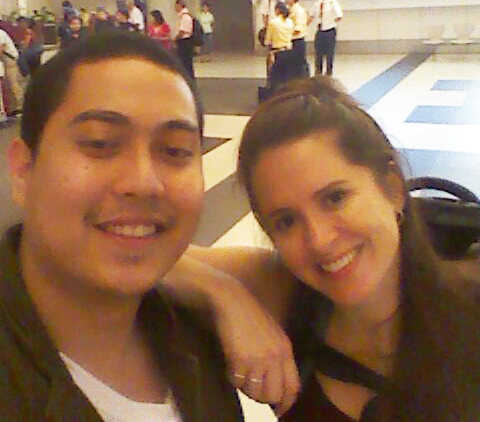 “B” is a dynamic figure with two girlfriends of 5 years, one French and one Indonesian. Neither know about the other. His juggling skills involve an extra apartment and not always answering his phone.

I asked him what he thought about Americans and as it turns out, I’m the first one he’s ever met, so we’re off to an exceptional start! His favorite American movie is A Beautiful Mind.

“B” lives in Jakarta and he encouraged me to come visit, just a few minutes before he told me about the thieves and criminals. So I don’t know what to think. He loves Indonesia and says while the (democratic) system is good, the (corrupt) people are bad. He wants to live in Indonesia forever, but if he had to move someplace else, it’d be Singapore.

I really liked his messenger bag. Never heard of Paviotti, but here it is: 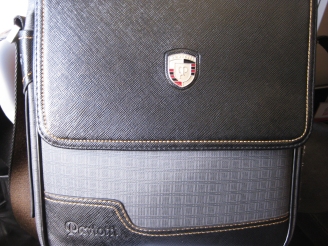 Food-wise, he strongly recommends Nasi Padang, claiming he could eat it every day of his life. On the other end of the spectrum is Pete and Jengkol, which he is happy to do without.

Here’s his business card, which I don’t understand one iota. He said something about working for one of the 33 political parties in Indonesia. I said they need to consolidate some of that action and he agreed; maybe trim it down to 5 or 6 parties. 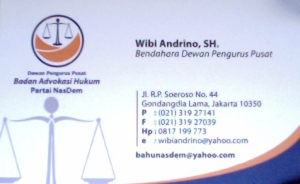 Thanks for the interview, B! Welcome to ohiasia.